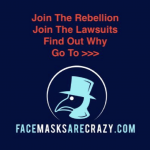 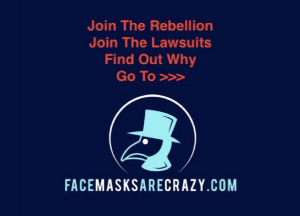 Harvard economist David M. Cutler and former World Bank chief economist Lawrence H. Summers: “The economic loss is more than twice the total monetary outlay for all the wars the US has fought since September 11, 2001, including those in Afghanistan, Iraq, and Syria.”

In their zeal to control society, central planners destroyed the global economy on a scale the modern world has never seen.

Why Is Tyranny – Based on PCR Tests – a Crime Against Humanity?

Matter of fact, PCR Testing may have been selected because political profiteers, pharmaceuticals, and monopolies would all benefit from a real problem that could be exaggerated into a false pandemic.

Wouldn’t that be convenient?

Kary Mullis is the inventor of the PCR test!
“With PCR, if you do it well, you can find almost anything in anybody.”
video, 3 min –

Nobel Prize Winner, Dr. Karry Mullis, is the inventor of the PCR Test. Listen to him tell you why you can’t misuse the test and expect meaningful results for things it wasn’t designed for. Video on Human Progress on Vimeo.

Big box stores, restaurant chains, monopolies, and cartels have tremendous leverage and power over their competition. These include tax advantages, access to capital through stock markets, favorable loan rates, government grants, and more. Despite all of that, it is difficult for these mega-corporations to out compete and destroy innovative small business and there customer relationships.

Wouldn’t it be nice, if some nice politicians shut down access to their competition while pretending to protect everyone from impending death?

This scheme is designed to repeat as long as colds and flu happen every winter. World wide tyranny has been created by distortions, exaggerations, skillful manipulations, and fear from the always mutating winter cold and flu viruses each year.

This doesn’t require conspiracy. The monopolies just do what makes them the most money and support a stupid story making them more money, They write rules and regulations for their stores that make Covid-19 look really scary.  They destroy competition they cannot beat in a fair fight.

The big box stores demand really stupid and scary changes in operations. They tell their employees to refuse service to anyone who doesn’t agree with the prevailing medical myth. Their employees actually think they are on a mission for humanity. They destroy competition and our many customs and freedoms to receive unearned profit.

Con artists have discovered the best way to continue a con is to use misinformed true believers. Look around. It must be true. Everyone’s wearing face masks. The police, toddlers, children, employees, and all the customers who can’t get in the store if they don’t wear masks.

Governments, their regulators, and tax collectors prefer monopolies and cartels. Because it’s easier to control a giant corporation than thousands of small businesses who pay for the benefits the billionaires and their companies receive.

The Pharmaceuticals are seeking a Trillion Dollar Paydays that can be repeated every year.

Politicians have claimed unprecedented power based on lies. Lies are something politicians are really good at.

Politicians don’t want the pandemic illusion to ever end.

We’ll examine the powers of manipulation and why it works so well later. Right now we’re going to focus on creating solutions. We don’t have to know why something isn’t working to choose what works better.

We don’t have to drive a never ending detour if we can fly.

Innovation, competition, freedom to say what we think, and hear what others say; these choices allow us to destroy the obsolete, the corrupt, and the stupid by just choosing to use their competitors or become their competitors. It’s really that simple.

We Are the Power Of One

The manipulators do their best to convince us the true pathway to change is through politics. Voting for who will rule us puts us on a rat wheel to destroy our energy, our thinking, our money, our time, and our creativity. They want us to continue to do what they can manipulate through Power Over Others. POO for short.

And we can undo their power when we choose to make better choices. Curing the largest criminal enterprises in the world is not now, never has been, and never will be a solution that does any lasting good.

The simple act of voting causes a cascade of stupidity that rages through our minds.

A part of our minds tells us: “We voted therefore we must approve of the process and the results.”

If other criminals approached us and demanded, “Your money or your life!”; the smart thing to do is give them your money… This time.

The next thing to do is create neighborhood defense associations, choose crypto currencies or other choices that aren’t so easy to steal, go armed…

But to put it a better way, it is time to innovate and create solutions for the problem. And our answers are as diverse as the trillions of wild combinations that may rise from our unique histories, skills, talents, and imaginations.

One thing is certain voting for a different group of thieves is not our answer.

Dr. Reiner Fuellmich is a consumer protection trial lawyer in Germany and California. He is one of four members of the German Corona Investigative Committee who are now working with an international network of lawyers who will argue this biggest tort case ever, the Corona Fraud Scandal, which has meanwhile unfolded into probably the greatest crime against humanity ever.

“Hello. I am Reiner Fuellmich and I have been admitted to the Bar in Germany and in California for 26 years.

“All the above-mentioned cases of corruption and fraud committed by German corporations pale in comparison in view of the extent of the damage that the corona crisis has caused and continues to cause.”

From the video below.

Currently lawsuits are gathering steam in Germany with Austria and Switzerland next.  This video was released 17 days ago, on Oct. 3, 2020. This video is currently available on Vimeo, bitchute, and even YouTube. Search for “Crimes Against Humanity” or watch here.

Be sure to share our site and order Face Masks Are Crazy merchandise. This allows you to be a traveling billboard wherever remnants of Individual Freedom remain.

Former Congressman and US Presidential Candidate Dr. Ron Paul reports Stansbury Research calculated over 2.1 Billion News Media Stories had been thrown at us which promote lock-downs, face masks, and social distancing as of Aug 1, 2020. If the word “thrown” seems prejudicial, my first choices were “vomited” or “spewed.”

Make no mistake. I have formed my opinion. I am explaining why I decided the way I did. And I think the current use of political power is criminal.

I do not say political misuse of power. All political power is abuse. It’s like calling politicians liars. It is an unnecessary redundancy because no one who reads this far believes in the honesty of politicians.

We will post helpful information as fast as we can get check it and get it written.

View all posts by donwinfield →